“Let us create vessels and sails adjusted to the heavenly ether, and there will be plenty of people unafraid of the empty wastes.”
— Johannes Kepler, 17th-century astronomer 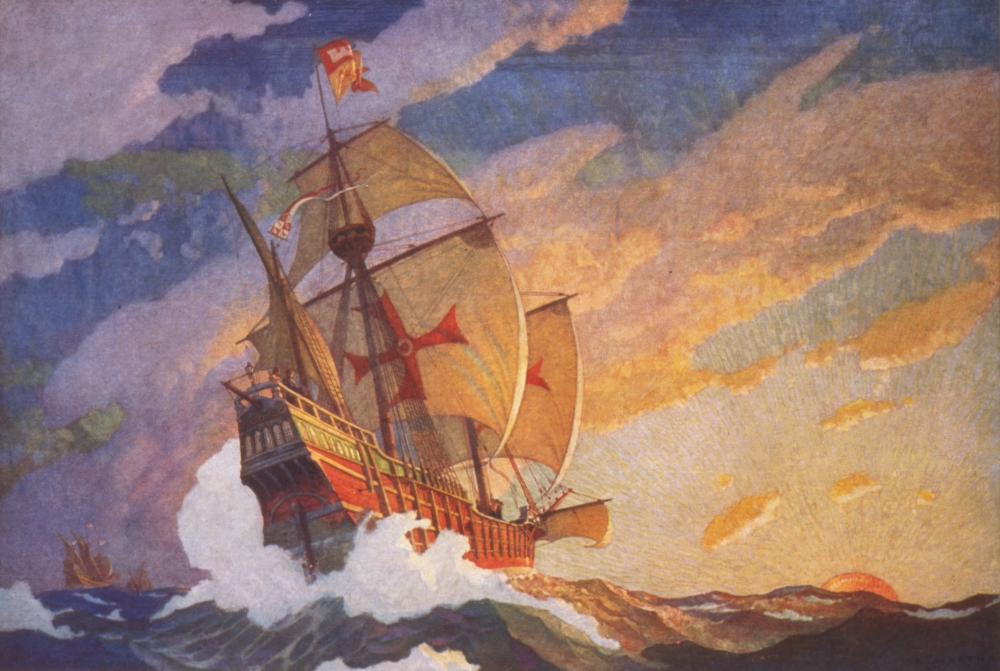 The wind was (and still is) the source of energy to drive the sea ships, we can call it natural fuel. In a letter to Galileo in 1610, Johannes Kepler wrote, “Provide ships or sails adapted to the heavenly breezes, and there will be some who will brave even that void.” These words were inspired by his observations of the comet tail, which always points away from the sun, and that sun must be behind this phenomenon.

The idea that light can exert pressure was put forward by James Clerk Maxwell in his theory of electromagnetic field published in 1861-64. Pyotr Lebedev was the first to demonstrate the pressure of light on a solar body in 1899.So this idea developed over time and led to the possibility of using the solar sail for space explorations.An effort to create an actual solar sail began in 1976 at Jet Propulsion Laboratory (JPL).

A thin film of aluminized polymer is a common material used for making a solar sail. Imagine a big kite sailing across space, that’s how it looks like. In fact, it is similar to a kite but is driven by sunlight,isn’t it amazing? Photons, traveling as packets of light, have energy and momentum. This momentum is transferred to the solar sail when they strike its surface.

With this continuous thrust,the sail can eventually achieve high speeds. Reflectivity depends on  how thin the polymer is and the aluminum coating and which thus affects the sailing capabilities.They could be made possible to travel billions of miles per year.According to research by NASA,it can escape sun’s sphere of influence in a decade.So we can call them future of space travel and they are efficient too.All you need is light,right?

Launched by JAXA (Japan Aerospace Exploration Agency) in 2010, IKAROS(Interplanetary Kite-craft Accelerated by Radiation Of the Sun) was the first practical solar sail.

It was still under thrust in 2015.Using solar sails for longer (in terms of distance or practicality) missions is thus possible. This technology has also been used in Mariner 10(Mercury and Venus fly by) and Messenger mission to mercury for altitude control which in turn saved the precious propellant. NASA’s first solar sail, NanoSail-D, was launched in 2010 in order to test sail deployment technology. This sail has 100 square meters surface being pushed by the light.

The Planetary Society in collaboration with Cosmos Studio and Russian Academy of science made two attempts, in 2001 and 2005 respectively, to test the technology. They received applaud for their extraordinary attempts. In November 2009, the planetary society announced its further plans on the occasion of Carl Sagan’s birthday about making three attempts named Light sail -1,-2 and -3.

The light sail is a cube sat(a cube sat is a type of miniaturized satellite for space research that is made up of multiples of 10×10×11.35 cm cubic units. CubeSats have a mass of no more than 1.33 kilograms per unit ).

Light sail’s solar arrays open after reaching in space unwinding four triangular Mylar(name of the material used) sails. Light Sail-1(May 2015) wasn’t able to attain high enough earth orbit but the team was able to test it for the deployment of solar sails. It is necessary that the sail must reach high enough earth orbit to avoid the atmospheric drag. Planetary society has plans for the LightSail-2 (2016) which will be carried into space enclosed in a small satellite by Falcon Heavy rocket built by Space-X.

This simple technology gives me goosebumps about its possibilities of space exploration.